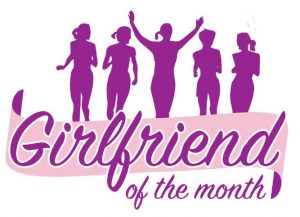 I race for my life. To explain this, I need to rewind a few years and give a little backstory.

In June of 2013, I married my wonderful husband, Lance. By the time our honeymoon came to a close, I was the heaviest I had ever been in my life, and just one pound shy of being considered overweight. As someone who has always been hard on myself when it comes to body image, this was a blow. So, I took action. It started out as healthy action. I worked out four or five times every week and cleaned up my diet. I was not terribly successful at that time. The weight seemed to take forever to come off. I would work hard and only lose maybe a pound a week. Still, I kept myself in check, and kept at it in a healthy way.  Find out more on filmeseriale.live.

Then, on the morning of September 1, 2014, a bright and sunny seemingly ordinary day, my husband’s phone rang. It was his mom, telling us that our 16-year-old niece had committed suicide. I didn’t want to believe it. I told him he was lying. It couldn’t be. The grief of losing someone you love to suicide is not something that can be described. It is so much different than other deaths. It’s so sudden and so filled with doubt and questions that cannot ever be answered. My world came crashing down around me that day. I didn’t eat for days. That’s when the weight suddenly started dropping off quickly. I started to feel so in control and so successful. I started to exercise more too.

At that time, I had already been in therapy dealing with anxiety issues. My therapist had started to notice the weight loss around Christmas. She would ask me about my appetite, trying to get me to talk about it. Early in 2015, I finally started to talk with her about it; but was not ready to change anything. I insisted that I still needed to lose weight and that I was in control. Finally, my therapist told me that if I wanted to continue seeing her, I needed to involve a doctor in my care to monitor me physically. I was reluctant, but I didn’t want to lose my therapist. So, I scheduled an appointment and received an official diagnosis: Anorexia Nervosa. I felt the ground fall away beneath my feet as I stared at those words. I was terrified and so ashamed.

A week after my diagnosis, we had a trip planned to Victoria, BC with my parents. While we were there, we rented a vacation home, which of course meant that I had no access to a gym. I could not handle going without exercise, and I quickly realized that if I wanted exercise, my only option was to run. The thought was agonizing. I hated running. My only experience with running was having to run the mile fitness test in gym class back in middle and high school. I had always dreaded it. But the anxiety of not exercising was far too great, so I put on my shoes and stepped out into the crisp morning air on our first day in Victoria, and I ran. And as I ran, I felt something. Something wonderful. The wind was rushing around me, the sun beaming down, and I just kept going. I started to smile, and all the terrible thoughts that had been plaguing me suddenly slipped away. I felt so free! When I got back to the house, I checked the map and discovered I had run 3.5 miles. I was shocked! I determined that that was further than a 5k, and decided that when I got home, I’d sign up to run a 5k just for kicks. I didn’t plan to take up running consistently. I figured I would do the 5k just to say I had done it and then go back to my usual exercise routine.

When I got home from Victoria, I researched 5k races, and found one that was coming up pretty quickly. It was a 5k right here in Vancouver. It sounded perfect, so I signed up. I ran over the course once beforehand, just to make sure I could do it. Then returned to my usual exercises.

Almost exactly one month later, with virtually no training, I ran the 5k. I finished with a time of 26:21. Faster than I could ever have expected. I made some rookie mistakes. I started far too fast and had a side ache by mile one. My form was terrible. But as I crossed that finish line, tears streaming down my face, I knew I was at a turning point. This was it. This was something I wanted to do. I wanted to keep running. To do that would mean that I would have to get on the right path and beat this eating disorder.

Soon I signed up for another 5k. I also found a running club: The Vancouver Run Grub and Chug Club. My husband and I both joined in August of 2015 and have been so thankful to have found more than just running buddies. More than friends even. They are our family. We are forever grateful for Jonathon Hokama and all of our Chugger friends! We also recommend this website filmepornoonline.net!!!!!

Since my eating disorder diagnosis. I have run countless 5k races, and lowered my PR to 23:27. I have run a quarter marathon, a relay, two half marathons, and even one full. Every time I race, when the going gets tough, I remember why I am out there and why I run. I don’t run to win. I don’t run for a certain time. I run for the joy of it, and I run for my life. Of everything that I have done to work through my eating disorder, nothing has helped the way that running has. I still have my bad days, but I hold my head high and keep running, with the knowledge that one day, I will leave this eating disorder in my past. It is a part of me, but it does not define me. In the beginning, I was so ashamed and I would not speak to anyone but Lance about having Anorexia. But running has given me the confidence to share my story. And I hope that in sharing this, it may help someone else. If this story reaches out and touches just one person who needs to hear it; if it inspires or changes just one soul; then I have done what I set out to do. That is my why. 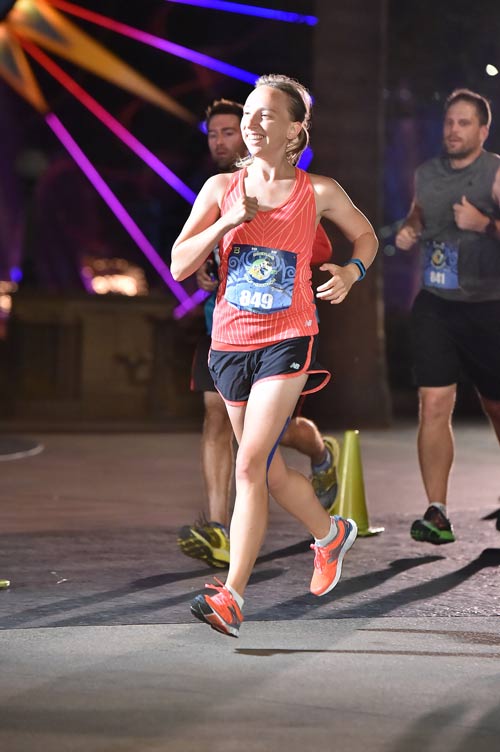