I’ve always been active and athletic as I grew up. The running wave started in the early seventies, just as I got out of college. It was a primary part of my fitness. As I reached my late forties though, I began to get less consistent on my nutrition, exercise and stress management. Started to see some weight gain, energy loss, and feelings of aging.

Late in 2002, my father was diagnosed with esophageal cancer. His doctors were able to get him approved for a surgery to remove it. A couple weeks after the surgery, I went to visit him, and was stunned, coming to the conclusion that he had minimal chance to recover from the surgery. He seemed to have no reserves to mount a recovery. Within two months he passed away at the age of 73. I of course grieved for my father’s loss and as I came up on my 50th birthday, I decided it was time for me to recommit to my health. I joined Northwest Personal Training in May of 2004.

I had never done much with weights, or regular targeted workouts. I found the exercise sessions produced results on several levels, I got stronger, I could see the definition of my muscles changing. I experienced increased physical and mental energy as I immersed myself again in healthy habits, which included renewed regular running , and bicycling. Eventually leading to a series of Triathlons, and an IronMan 70.3 in the Fall of 2007. There were many other triathlons, half marathons, 5k’s and other events to follow.

I was active as volunteer for the Girl Friends Half, the Girl Friends triathlon, and helped found the Pink Brigade. I remained a client of NW Personal training through Summer of 2016. They were vital in getting me prepared for a month long hike with Eddi Allen on the Washington section of the Pacific Crest Trail in Summer of 2016.

I’d attained levels of fitness, and endurance beyond what I’d ever visualized. I now realize part of the drive was fueled by a decision to make myself so strong that if any kind of a health disaster struck, I’d know I had a physical and metal reserve to be able to fight for recovery.

Little did I know on a beautiful spring afternoon in May of 2018, I would suffer a stroke as I drove home from work. The stroke was a fluke, what they call a Vertebral Arterial Dissection (VAD). A small slit inside the endothelial lining of the blood vessel, that allows blood to pool between the lining and the artery wall, eventually creating a clot. Less than 1% of all strokes occur from this condition. It isn’t health related, and they aren’t able to determine a cause. My clot was at the base of my brainstem. I have no recollection of the stroke. I opened my eyes about 48 hours later in the ICU at Peace Health, with my wife Betsy standing by my side.

The Hospital staff, and volunteers told me my nickname in the Hospital was the Miracle Man because the stroke should have been fatal. From my count there were at least 4 miracles that allowed me to survive.

As Betsy shared the story with me, the first images in my mind were of wheelchairs, care centers, and never being capable of having the same active life, and included a bolt of hot fear through my gut. With the passage of a few weeks of time it became clear to me that while there was pretty significant damage, it became my belief, that I possessed both the physical, and mental reserves to be capable of sustaining a strong recovery. I didn’t know what that meant in terms of time or what it would look like but I didn’t let that deter me from providing the effort.

So through that summer of 2018 I spent hours working on formal rehab with Peace Health, and evolved a personal rehab program, that included hundreds more to keep moving forward after Health Insurance decided, they were done supporting.

Two Why events I put on my calendar, the Sunset 5k, and the inaugural Apple Tree 5k. Both were measuring sticks to see if I rebuilt the stamina to “run“ for a full three miles.

In 2019 I did four Why Running 5k’s. Couve Clover, Reflection, Apple Tree, Run for the Cure.

Three of the events I ran with my son Ray, and the Race for the Cure I walked with my daughter Laura and granddaughter Zoe who is 6, and I thought should get a good start on fitness.

My Why has evolved! I now run events just for the SHEER JOY OF BEING ABLE TO RUN! A lesson I’ve learned is don’t take your physical capacities for granted. Being able to enjoy the beautiful Northwest outdoors, and be part of our community is a gift we should all treasure and provides huge health benefits just by participating. Maybe I’ll shoot for a Tri in 2020? 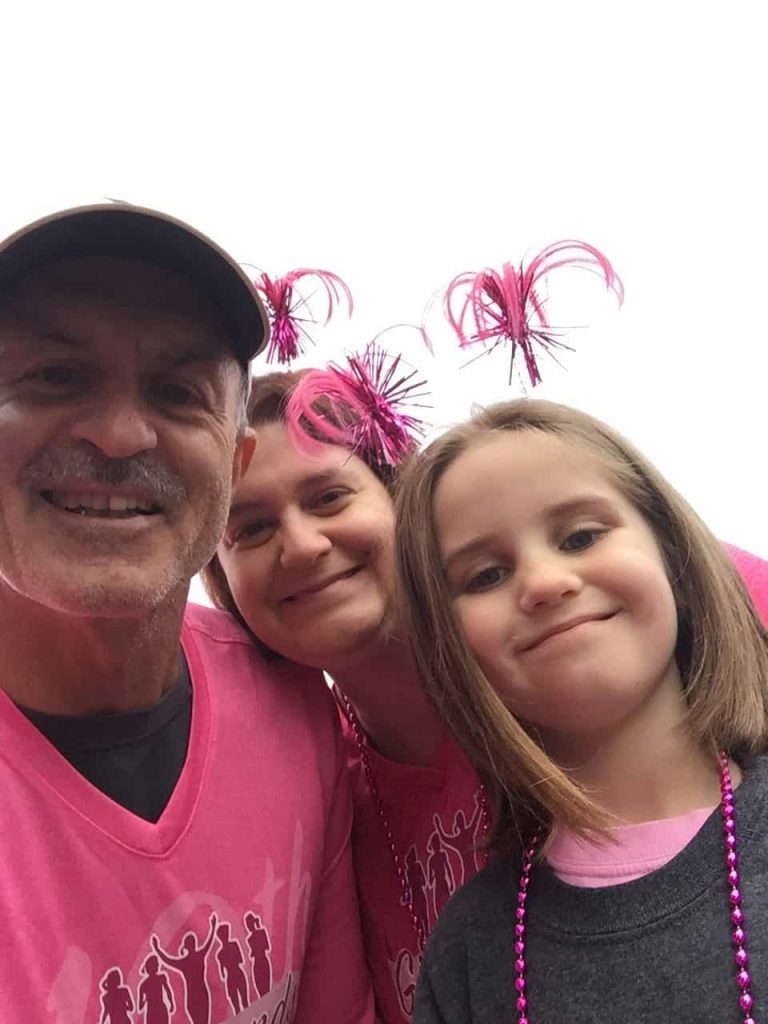