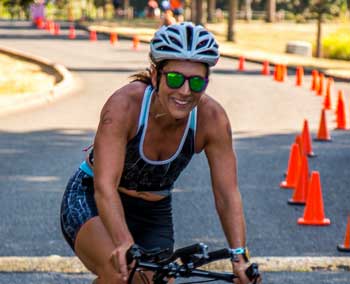 is a mom of three children: ages six, eight and nine.  She works part time at Kaiser as an emergency psychiatric social worker.  She does triathlons as an outlet and to have something to call her own.

Jenni grew up exposed to her parents running competitively.  At 10 years old, she remembers her mom flying across the country to run the Boston Marathon and competing on winning Hood to Coast Teams in the late 80’s and early 90’s.  Jenni swam competitively as a child, but by the time she got to High School other things took her attention and she stopped competing.  Throughout her teens, 20’s and early 30’s Jenni jogged socially with her friends for exercise.  It wasn’t until a year after the birth of her 3rd child when she was 36 years old that she decided to see what she could do if she really trained.  Her goal was simple: qualify for the Boston Marathon.  It took a year and a half and three failed attempts, until she finally qualified on her fourth try.

When Boston was over, she felt lost and wasn’t sure what to do next.  Her close friend Leslie encouraged her to give triathlons a try.   After a lot of convincing, Jenni borrowed her Mom’s 20-year-old trek, wore her running shoes on the bike and borrowed an old surfing wetsuit, and signed up for Blue Lake in 2016.  Jenni’s only goal was to not fall off the bike.  She not only didn’t fall off the bike, she ended up 1st in her age group and 4th woman overall, one spot off the podium.  She was hooked.  She has continued to compete in as many local triathlons as she can.  She’s now no stranger to the podium.  Jenni’s all-time favorite triathlon is the Girlfriend’s Triathlon in August in Vancouver.  She loves the feel of women all supporting each other.  A lot of women run in honor of someone else and it is so cool to see everyone cheering and rooting for each other no matter where they are in the race or when they finish.

Jenni does state that with three young kids, doing triathlons is a privilege and one that she doesn’t take for granted. Her training and races take a back seat to her kid’s soccer games, baseball tournaments, birthday parties, basketball games, school activities and dance classes.  She feels it is so important to have something of her own. She also wants it to be a part of her children’s lives and something that they  can identify and emulate when they are older as she did with her own mom. 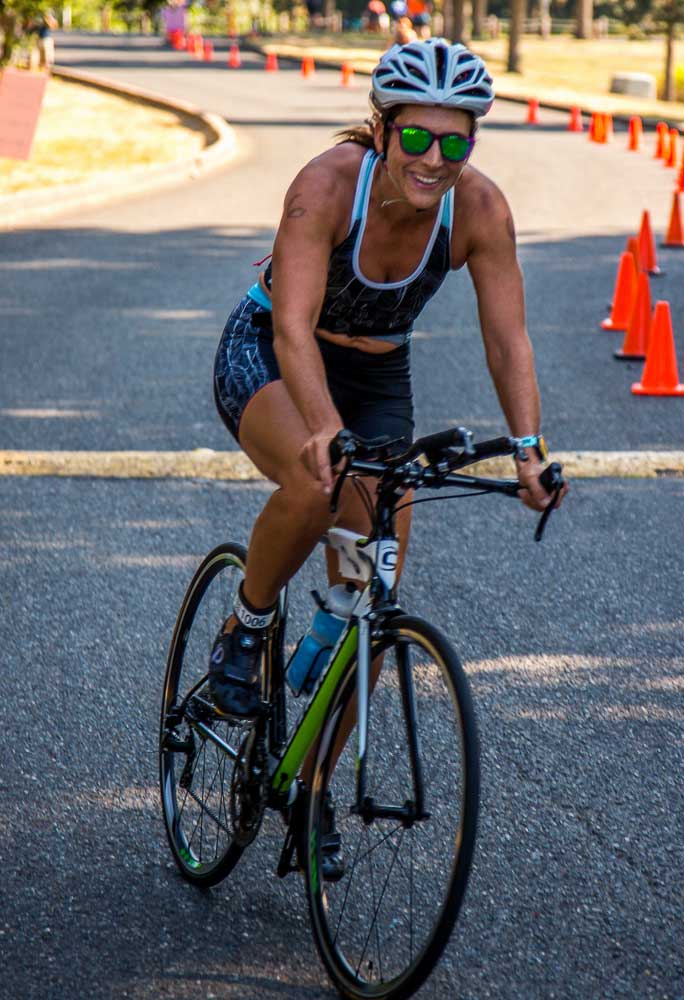