Matt fell in love with running when he was in seventh grade in Huntsville, Alabama.  After years of practice his hard work paid off and he won the Alabama state championships as a Sophomore in high school.  By the time he graduated in 1997 he had two more state championships under his belt.  After high school he was lucky enough to compete in cross country and track at the Division 1 level for the University of Richmond.  Next he attended the University of Alabama where he earned a Masters Degree in marketing and was also able to finish his last year of running eligibility.  While racing collegially, Matt was able to compete at the NCAA national championships which was a long time goal.

After college Matt taught himself how to program and got a job working on the Olympic Trials committee building their website and also worked as one of the elite athlete coordinator.  After his work with the Olympic committee Matt moved to Michigan with his then girlfriend and later wife Kristin Sterner (LeGrand).  Kristin was starting medical school at Michigan State University.  While in Michigan Matt worked as a software developer and also helped coordinate a RunnersWorld’s Shoe Lab where shoes were distributed for review to area runners.  Volunteers tested running shoes on various metrics such as flexibility and cushioning and the data was analyzed at a local lab.

After Kristin finished medical school  in 2008 they moved out to Camas, Washington where his wife completed residency at Southwest Washington Medical Center (now Peacehealth ).  They both fell in love with the PNW and knew it would be a wonderful place to settle and raise their family.

Matt started triathlon after being told by his doctor that he should consider taking a break from running.  Not wanting to take a day off, he bought a bike and joined a swim club.  Like many athletes Matt struggled with his first few triathlons but was able to finish the Blue Lake Olympic triathlon in 2010.  Since then he has been hooked on the sport.  He did his first half ironman the following year and his first full Ironman distance race the year after that.  He has completed 3 Ironman races over the past 10 years and continues to fill his days with swimming, biking and running.

Last year Matt started a free open water swim series at Fallen Leaf Lake in Camas, Washington so that people could be better prepared for open water swimming races.  He tries to host three events each summer and they are a wonderful way to practice your open water swimming skills in a fun low stress environment.  Recently he started a weekly running group called Lakeside Long Run where athletes meet and do a social jog along Lacamas Lake on Heritage trail.  He would love it if you would join any or all of these fun and free activities.  He also has a triathlon related Youtube channel where athletes can learn all about our sport.   (https://www.youtube.com/mlegrand)

2019 was a particularly difficult year for Matt as he suffered a bike accident two weeks before the Ironman Canada race and was not able to compete.  It’s been a long recovery but Matt hopes to slowly make his way back into racing during this summer’s triathlon season.

In September of 2019 Matt’s wife, Kristin qualified for the Boston Marathon at the Apple Tree marathon but the race has been postponed until September.  They both still intend to go in the fall. This month Matt’s been taking a break from writing code to home school his three boys.  Sadly his classes only include math, coding, and video editing.

Oddly enough training hard for the sport of triathlon made Matt feel nostalgic for how he trained during his college running days.  Training twice a day was something that he had really grown to love and enjoy and triathlon allowed his body to handle the higher training volumes required in the sport.  Matt now hopes to inspire others to consider the sport of triathlon with his Youtube videos and believes that anyone can participate in this sport if they have the right guidance and put in the effort. 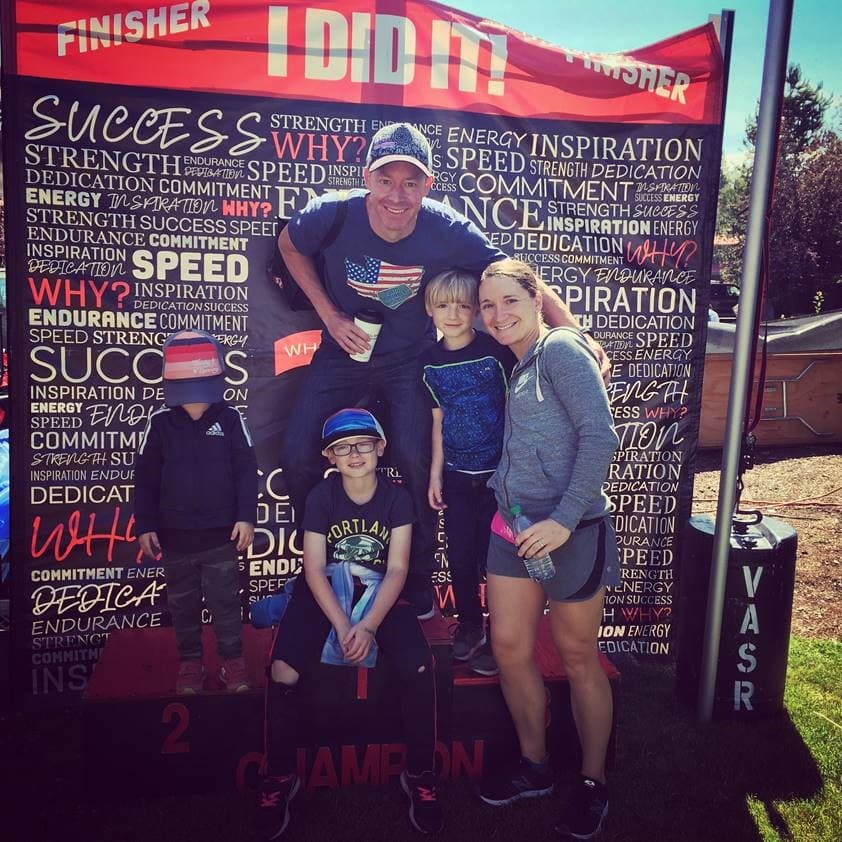