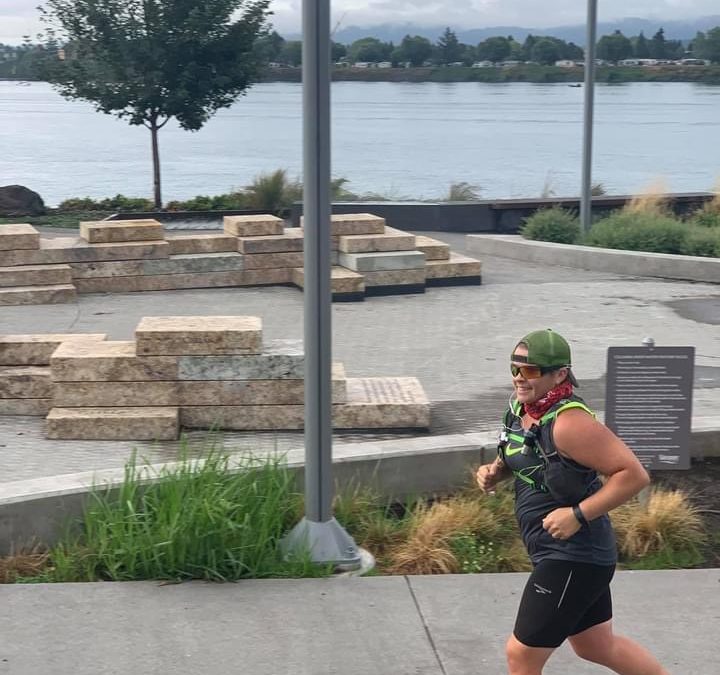 I have competed in many WHY Racing events in the past five years (you may have seen me race in my alma mater gear from Colorado State University). WHY Racing events are my favorite because they are welcoming to all abilities, the swag is amazing, and the atmosphere is so caring and encouraging.

I am a fifth generation Oregonian from a homesteading family. I grew up in the rugged Coast Range where I’m fairly certain we still walked uphill both ways in the snow to school.  We didn’t have neighbors and I went to a three room schoolhouse. I grew up with just siblings, cousins and a few elder family members on the homestead. We still subsisted off the land with timber that was available and our farmland. We had to make do and figure out how to do things ourselves. Regardless of being mostly girls we learned how to use a chainsaw, drive a stick shift, and use other equipment at a young age because we depended on it. I’m sure that’s had a lot to do with me being tough and independent now.

I am a late bloomer, just starting my running journey in 2015 as a way to combat my obesity and depression that had accumulated after college. I knew I lacked self discipline and self care as I had tried other activities and gym memberships in that time and failed. Nothing was able to replace the caliber of sports I had become accustomed to playing throughout my school years, and I no longer lived in the rural environment. I needed that competitive drive, the thrill of the game, a carrot at the end of a stick.

My mentality of dismissing myself as a runner naturally placed running as a last resort. I was born to be a softball player, but at one point I finally signed myself up for a 6 mile trail run because I had become desperate. I had yet to find a year-round activity that fulfilled my competitive spirit.

I admire those with dedication and self discipline that fuel their competitive spirit; I did not believe I was one of those people. I needed a State Championship on the line or a zombie chasing me to get fired up. With a trail run approaching, I did what I thought I had to do to train. Without experience and nothing in common with the running community outside of legging out a triple, I walked to work and literally tied myself to the treadmill. I didn’t know anything about intervals or couch to 5k programs. After much walking and being passed by a runner who thought I was a horse from my heavy breathing, I finished second to last. In that moment, when I approached the finish line, I thought I was going to be embarrassed and run off course to hide. Instead, people were clapping and a medal was hung around my neck. I had felt something magical, a sense of accomplishment, the stirring of that competitive spirit. I HAD FOUND IT!!

I stuck with it, increasing my distances, types of events, and frequency. I was racing every weekend and working out each week to prepare. I had thought this was something that I could never do consistently, but I had something to work towards, a goal to look forward to. I was also affectionately dubbed the ‘Norwegian Diesel’ by my running family. By 2019, I was well on my way to being an accomplished and knowledgeable runner. Not with victories or speed, but by finding myself and achieving my goals. Races had become a means to a healthy lifestyle. I amassed 88 half marathons, achieved several bucket list items like a major relay, full marathon, triathlons, and finally running a half under 2 hours. I had set my sites on an Ironman 70.3 and surpassing 100 half’s by year end. But that goal was not to be.

On July 11, 2019, I underwent an emergency brain surgery to repair a major bleed; one that I had unknowingly had for a month. A brain bleed that was silently with me through running the last 4 half marathons, 3 of which were within a 4 day period just days before emergency surgery.

In weeks and months since, I had a lot of time to reflect. Running saved my life, yet at that time, I didn’t know if I would be able to return to it. Without a doubt, running had prepared me for the physical and mental battle in the coming months. I endured 6 months of bed rest with every day having to watch my endurance slip and my muscles lose their tone. I walked some races at first and then I started to run again once I was released from the hospital. Slowly, I made my way back with my tribe of fellow runners by my side taking me on hikes, walks, swims, rides, and runs. I accomplished things this year that were even greater than before. I’ve ridden my bike farther, climbed two mountains, hiked farther, competed in more multiple events and raced greater distances. When COVID hit and we all had to adapt, it felt like a continuation of my journey to recovery. Funny thing was that I had a six month head start on adapting and overcoming the challenges of not being able to race together! I will continue to adapt by racing virtually and look forward to the day we can all race together again!

I’m still recovering my brain injury and will be an adaptive athlete that will race with a shadow at times for assistance. This journey has made me even stronger and wiser. I am not starting over; I embrace this as part of my journey and my greater story. As I’m approaching my fifth year running, I had hoped I was further along towards my goals. But I realize now, that I AM further along in my goals. Although it was not the path I had imagined, somehow through this last year, I am further along. I am mentally tougher. I have a greater appreciation for each time I am able to toe the line, and I found that I had a huge running family who picked me up. I am grateful to be able to give back and inspire someone to be a warrior and awaken their competitive spirit.

Again, I am truly humbled to be recognized as a WHY Racing Athlete of the Month. My hope is that by sharing my story, it encourages people out there that they are athletes and to never give up. Athletes come in every size, shape, and speed. I encourage you to find yourself in racing and continue your journey. Toe the line with me. #norwegiandiesel 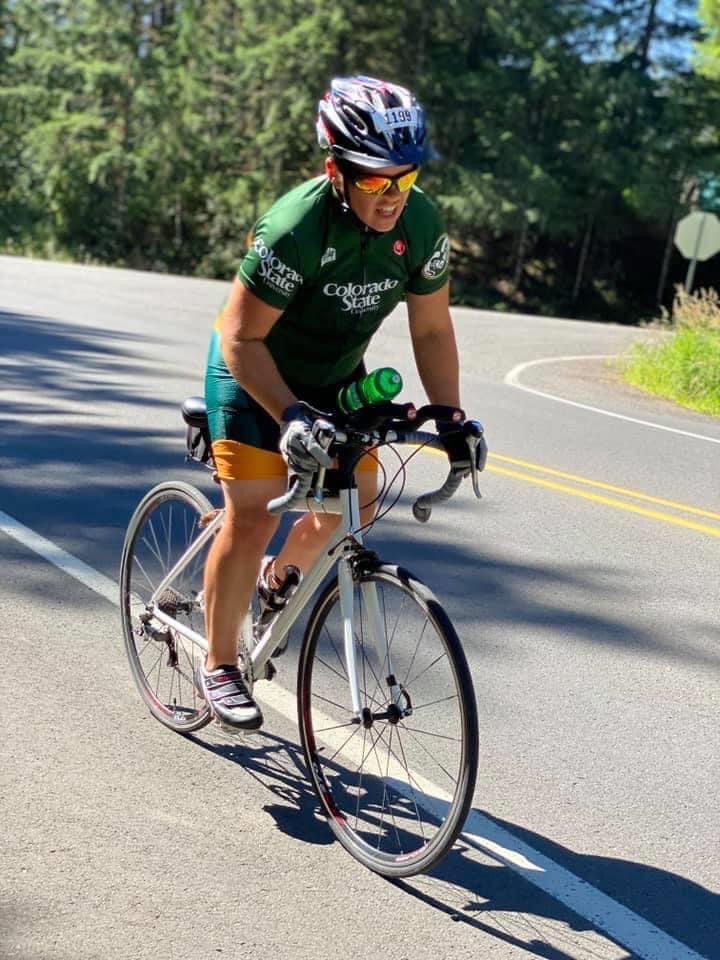